As truth seekers within our fellowship have known since its compilation in late 2009, the primary Year-1 Mardukite Chamberlains Core Curriculum of study we proposed under the umbrella title of NECRONOMICON [in spite of preexisting controversy over the title, my past history with the ‘Merlyn Stone Necronomicon’ in relation to Harms & Gonce, not to mention the obvious opposition we knew we would be confronted with by presenting a tome to the world with this title] was released in separate volumes until sufficient work could be collected to form our NECRONOMICON ANUNNAKI BIBLE…

NECRONOMICON “Liber N” began circulating among the Mardukite Chamberlains Council of Nabu-Tutu in May of 2009. Fragments and ideas first appeared as a short magazine titled: “Marduk & the Anunaki” in the spring of 2009. The final culmination of the initial work, along with its interpretation, was the direct result of the Marduk Gate Opening Ceremony — a global synchronized effort on Beltane 2009 — and the “Lapis Editions” (numbered of 60) of the NECRONOMICON were released on the 2009 Summer Solstice at a private event held at Mardukite Offices.

To preserve the integrity of the Mardukite Chmaberlains materials, the Mardukite Truth Seeker Press continued to release the Year-1 core curriculum privately to its internal fellowship in handmade numbered editions. NECRONOMICON LITURGY & LORE “Liber L” (“LL”) was released July 2009 in “Ruby Editions” (numbered of 120). In addition to the Liber-L Tablet Cycles, it contains articles and teachings emphasizing a practical reconstruction of a paradigm shift toward “Babylonian” Holistic Unification. It focuses on the role and function of the ancient “priesthood”, which in history has also been connected to “divine dynastic royalty” of true Kings. 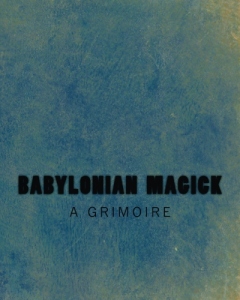 NECRONOMICON GATEKEEPERS GRIMOIRE “Liber G” (“GG”) completed the core trilogy (although it was later extended to a “trilogy” of three-plus-one titles). In Liber G, the emphasis turns to the mystical (“magickal”) side of the Mardukite Babylonian Anunnaki work that more closely matched people’s “expectations” for a practical occult side to this tradition. It was released privately to the Mardukite Chamberlains in August 2009 in an “Emerald Edition” (numbered of 180). [More recently, the work from Liber G was combined with the “Book of Marduk by Nabu” Liber W and the Zagmuk/Akiti materials to form a ceremonial anthology: BABYLONIAN MAGICK – A GRIMOIRE. 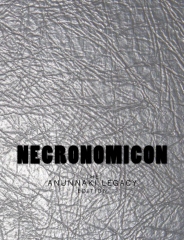 Concerning any reoccurring printings or editions of the Mardukite Core: it should be noted that minor revisions, corrections and additions may be found in newer editions when compared to prior ones. This is often done without comment or note, not to jeopardize consistency, but rather – and on the contrary – to consistently work towards the improvement of the “outer-form materialized published” that seems a necessary evil in relaying the universal teachings to our fellows who operate beyond the internal curtain of the Mardukite Chamberlains. I can only imagine what it must have been like for Israel Regardie cataloging the “complete system of Golden Dawn magic” – a task he spent his entire life in dedication to.

…Similarly I have sacrificed a normal life to bring these mysteries forward, far less comfortable than some of my contemporaries – running for my life at times, living on the streets at others, ever on guard, armed with Truth Against The World. Friends are few and far between, adversaries and skeptics reside around every corner – it has become a thing of “normalcy” to me, for I have never glorified the path of the Knight of the Word to others, nor would I do so now. Are these mysteries enclosed dangerous? Most certainly so, but they also contain the Truth, and perhaps it is for that reason that they are dangerous. Tread carefully out into the night dear seeker…
— NABU, Joshua Free