The most commonly asked questions in emails to the Mardukite Home Office involve: where to begin? and what course of study is suggested? This mardukite necrogate blog post is intended to answer just that!

The materials published by the Mardukite Truth Seeker Press chronicle the developments of the Mardukite Research Organization (Mardukite Chamberlains) in their pursuits into uncovering the ancient mysteries of Sumerian and Babylonian cuneiform tablets unearthed from Mesopotamia (the modern day Middle East). Although available in individual stand-alone editions, the work of the Mardukite Chamberlains is now available in newly devised deluxe economical mardukite.com editions of the classic underground bestselling annual anthologies! Representing the same chronological order of research and discovery undertaken by the Mardukite Chamberlains team, each progressive anthology makes for the perfect order of study and impressive collection. The Year-1 NECRONOMICON ANUNNAKI BIBLE, Year-2 GATES OF THE NECRONOMICON and Year-3 NECRONOMICON GRIMOIRE have never been more accessible, readable and affordable than in their latest archival editions! 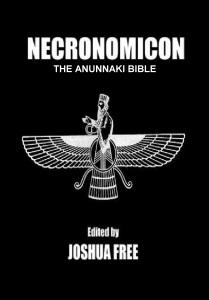 The Year-1 NECRONOMICON ANUNNAKI BIBLE is now available in its much anticipated definitive 5th Anniversary revised and expanded 6th edition and is the primary source book of the Mardukite Chamberlains Research Organization uncovered from their first active year of research and development in 2009! It is the place to start for everyone interested in our work. The ‘Necronomicon Anunnaki Bible‘ is a masterpiece of Mesopotamian mysteries, providing the most complete collection of Sumerian and Babylonian knowledge of human history and the development of civilization in one book, composing in itself a bible. 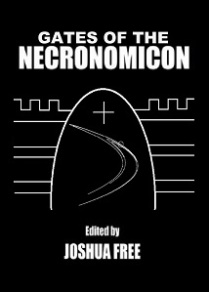 Our Year-2 GATES OF THE NECRONOMICON anthology contains some of the most critically acclaimed and widely circulated materials from the Mardukite Research Organization, now available in one volume! ‘Gates of the Necronomicon‘ is a highly innovative and accessible anthology featuring the the complete text from three installments: “Sumerian Religion: Secrets of the Anunnaki & The Origins of Babylon,” “Sumerian Religion II: Secrets of the Anunnaki in Babylonian Mythology” and “Necronomicon Revelations” in the incredible 3rd edition of the original companion volume the ‘Necronomicon Anunnaki Bible‘, developed by the Mardukite Chamberlains from their second active year of research in 2010. 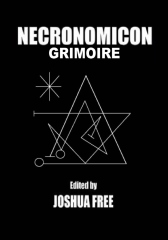 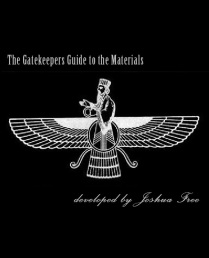 Materials published by the Mardukite Truth Seeker Press represent a new foundation of thought for the next generation, a progressive Stairway to Heaven and the actualization of the Self that has been embedded — hidden — within the very basis of existence and the most ancient wisdom teachings on the planet Earth. This effort is commemorated with the special release of THE GATEKEEPERS GUIDE TO THE MATERIALS & CHAMBERLAINS CHRONICLES (2008-2013 MEMOIR EDITION). This amazing oversized economical printing is a 178 page fully illustrated companion that reads like a diary accounting for a public record of five years research and development online through the necrogate blog and mardukite.com, over three hundred YouTube videos, countless radio interviews and appearances through journeys stretching from the west coast to the east, there and back again and revealed to all in this gratuitous mardukite.com online exclusive!

One comment on “FAQs – Getting Started: Exploring materials of the Mardukite Core, Ancient Studies and Modern Discoveries”