We are entering the second active decade since the public modern Mardukite inception—ten years have now passed by since materials from the “Mardukite Core” started circulating privately among the Mardukite Research Organization (Mardukite Chamberlains). Anthology volumes comprising this comprehensive “core” esoteric research library are now available from the new Joshua Free Publishing Imprint as a 10th Anniversary Collector’s Edition Hardcover Trilogy—including original source book, NECRONOMICON: THE ANUNNAKI BIBLE, its companion GATES OF THE NECRONOMICON: THE SECRET ANUNNAKI TRADITION OF BABYLON and the concluding volume (release: May 30 2019) as NECRONOMICON-THE ANUNNAKI GRIMOIRE: A MANUAL OF PRACTICAL BABYLONIAN MAGICK.

The complete “Mardukite Core” library collection is a revolutionary “New Age” advancement in authentic historical, spiritual and mystical research drawn from a unique unparalleled combination of archeological findings and esoteric mystical-magical traditions. A wellsprings of hidden information and cuneiform tablet translations awaits the seeker—drawn from ancient folds of forgotten lore: Sumerian, Babylonian, Akkadian, Assyrian, Chaldean, Egyptian, Yezidic, Zoroastrian and more. A holistic research-intensive path, rooted in the heart and soul of humanity in Mesopotamia, is laid out clearly for the “Truth Seeker” to see—in its pure and undefiled state.

In the midst of this, now in the 21st century, the “Mardukites” are a very real modern philosophical and meta-spiritual “New Thought” movement aligned specifically with the Anunnaki paradigm (sometimes equated to “Mesopotamian Neopaganism”). 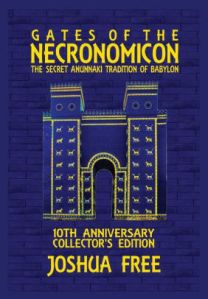 In ancient Babylon, this was famously founded upon the followers of Marduk—recognized among the local pantheon as patron of Babylonian tradition and “King of the Gods” for this branch of the Mesopotamian mythos with special assistance by the Nabu priesthood of “Mardukite” scribes…

“Yet—maps are not the journey—and while many are called; few are chosen. This path, although marked in signs and beacons, is not clearly or widely tread. This pure undefiled Self-Honest journey to the Source is not a path of the masses—and even those esoterically-inclined have many times retreated from its fundamentals and antiquated semantics, returning to more familiar veils and shadows run rampant throughout modern “New Age” movements.”

NECRONOMICON :
THE ANUNNAKI BIBLE
Collector’s Edition – Hardcover
edited by Joshua Free
Complete Year-1 Liber-N,L,G,9,W+M+S
10TH ANNIVERSARY
A masterpiece of Mesopotamian history and spirituality, providing a complete Sumerian & Babylonian tablet collection in one volume, composing in itself — a ‘bible’ — the predecessor and basis of civilization and religion thereafter. Join thousands of others who have discovered this amazing NexGen resource! Newcomer? Wondering where to start? The ‘Mardukite Core’ begins with this book. 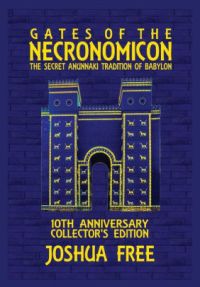 A few months ago — on February 28 2019 — the Joshua Free publishing imprint released the 10th Anniversary Collector’s Edition hardcover Mardukite Year-2 research anthology — GATES OF THE NECRONOMICON: THE SECRET ANUNNAKI TRADITION OF BABYLON — including literary materials from classic underground Mardukite discourses. The first half of the anthology — Liber-50 and Liber-51/52 — was also reissued in paperback as THE SUMERIAN LEGACY: A GUIDE TO ESOTERIC ARCHAEOLOGY 10th Anniversary Commemorative Edition, rewritten, updated and revised to replace former editions of “Sumerian Religion” by Joshua Free. The second half of the Gates anthology — Liber-R and Liber-555 — is of a quite different nature altogether, bringing our ancient Mesopotamian studies of Sumer and Babylon into the realm of contemporary occultism and New Age esoterica. 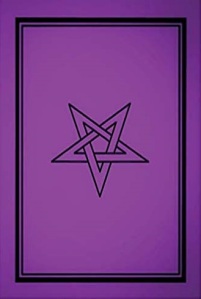 Returning for a 10th Anniversary Commemorative Edition paperback on May 30 2019 — the newly revised updated combined Liber-R,555+9 underground classic by Joshua Free — NECRONOMICON REVELATIONS -or- CROSSING TO THE ABYSS: NINE GATES OF THE KINGDOM OF SHADOWS & SIMON’S NECRONOMICON. Discover the secret influence of the Sumerian Anunnaki and the origins of all physical and metaphysical systems born from the Mesopotamian Mystery Tradition that directly led to Babylonian religion–a unique combination of Sumerian, Akkadian, Assyrian, Chaldean, Yezidic and Persian lore existing at the heart of the past century of underground occult traditions of Aleister Crowley, Kenneth Grant, Novem Portis: Nine Gates of the Kingdom of Shadows, and the millions of people who have read–or even used–Simon’s Necronomicon.

Joshua Free candidly reveals how “spiritual beings” and “alien intelligences” have influenced imaginations of “metaphysical” writers and “fantasy” artists increasingly in the last century–“primordial gods” seeking to have their stories told and knowledge of their existence reborn. What’s more, these powers appear to be behind all of the systems installed into human civilization, both social and mystical, since the time of the ancient Sumerians. Originally published in two installments, this new 10th Anniversary commemorative edition of NECRONOMICON REVELATIONS -or- CROSSING TO THE ABYSS: NINE GATES OF THE KINGDOM OF SHADOWS & SIMON’S NECRONOMICON collects some of the most controversially pivotal contributions from the modern “Mardukite Research Organization” over the past decade regarding the “Necronomicon Legacy.”

The new edition of NECRONOMICON REVELATIONS -or- CROSSING TO THE ABYSS: NINE GATES OF THE KINGDOM OF SHADOWS & SIMON’S NECRONOMICON by Joshua Free is available wherever books are sold!
ISBN: 978-0-578-50682-1
Request from your local bookseller or use the links below!
— NecroRevelations/NineGates @ amazon.com
— NecroRevelations/NineGates @ Barnes&Noble

PRE-ORDER TODAY! THIS BOOK EDITION WILL BE RELEASED ON MAY 30 2019.

BOOK OF THE DEAD – Egypt? Yes… What about a Babylonian one? Known today as “Necronomicon Anunnaki Bible”

REDISCOVERY OF A BABYLONIAN “BOOK OF THE DEAD” — The “Mardukite/Babylonian” NECRONOMICON ANUNNAKI BIBLE considered the Book of Dead Names of the Anunnaki, Watchers & Igigi, beings which appeared to man in ages past, both physically on Earth and in all ancient global mythologies as “gods.” Outside of esoteric circles and elite societies preserving critical knowledge, mankind has completely missed the forest for the trees on virtually everything of vital importance that can be gleaned from these ancient writings… a subject of intense investigation by the ‘Mardukite Chamberlains’ (Mardukite Research Organizaion) for many years, and as a result, producing many volumes of intensive study, the first and ‘Core’ of them all… THE NECRCONOMICON ANUNNAKI BIBLE edited by Joshua Free, now available more economically than ever before in its 10th Anniversary Seventh Edition!

Within the “Babili Texts” of the NECRONOMICON ANUNNAKI BIBLE we are given the original Legacy of our Ancestors — and knowledge of the ANUNNAKI — they who created the race of mankind and the Race of Marduk, and factions led the races of men against the Race of Marduk… but there are a great many aspects of the Legacy to explore, often labelled by the cultures than maintained the ‘Ancient Mystery Schools’ — Mesopotamian, Sumerian, Babylonian, Akkadian, Assyrian, Chaldean, Egyptian, &tc. &tc. Or by the sects formed around Mercurial figures based on NABU, such as Tahuti (Thoth) and Hermes… all of these rooted in the “Universal Stream” rooted in the original ‘Source’ traditions that have eluded consciousness of modern humans.

On a physical level, The Gates [Shrines] of the “Gods” at Babylon were created by MARDUK to call forth and unite (and perhaps entrap) the pantheon of the ANUNNAKI under one rule: the rule of the supreme ruler of the realms, the “Lord of the Earth,” a title originally bestowed upon but never actualized by ENKI, father of MARDUK. This designation was a title only and neither ENKI or his heir MARDUK were allowed sufficient freedom to rule by the Enlilites (Semitic and Judeo-Christian worshipers of ENLIL who is raised to “God” status in the traditional Old Testament). On a further pragmetic level, the priests and kings may have even been able to use the ‘StarGates’ of the ziggurat temples in each city (and the Astral Plane of Causation) to travel between places on the earth in a form of “teleportation” that is unknown to people today, and science is only recently even understanding a semantic and mathematical application of.

JOSHUA FREE explains: The exact nature of the Sumerian pantheon differs from the Babylonian one, but all of the ancient traditions observe the same “figures” (only the ranking changes). Even in other ancient cultures observing the ANUNNAKI pantheon, such as in Egypt and the tradition inherited in the “Classical” world by the Greeks and later Romans… all of them are the exact same ANUNNAKI pantheon, only the language-names are changed. Each is represented by the same Celestial Bodies (planets) and the names for these is also varied based on language, but is still appropriated to the same planets. Common truth-seekers and academic experts alike are still no closer to the Truth of these things when they attempt an interpretation of the Celestial pantheon in exclusion to one another. These famous locations and cultures of the ancient world were not so vastly removed from each other geopgraphically, and these beings, should they be of the great esteem and renown that they are, should have had little difficulty reaching each of these cultures separated by distances that we would consider trite (in America) today. The idea that an entirely different race-faction of super-powerful beings would be serving people in Colorado versus people in Wisconsin is utterly ridiculous.

As explained in the NECRONOMICON ANUNNAKI BIBLE edited by Joshua Free — In older traditions, the eldest of the Elder Gods, and those most closely aligned to them, are heralded the “Highest in the Heavens.” With the passing of time and also the eventual physical departure of all Chief Anunnaki from the Earth, it is the “younger generation” of ‘gods’ who appear to be held in high esteem, being more energetically ‘accessible’, to the priests and magicians of the middle-period Egyptian and Babylonian “Mardukite” traditions. For example, where the Sumerian pantheon highly emphasizes the lineage of ANU via ENLIL, these become ambiguous characters in the strictly Babylonian tradition, replaced by the icons: ENKI and MARDUK [known respectively as PTAH and RA in Egypt). [The distance between Egypt and Babylon is roughly the same as from Los Angeles to New Orleans…] 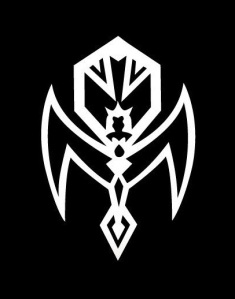 And further… As more recently revealed in the exoteric-esoteric crossover work by Joshua Free, called “The Vampyre’s Bible“ (also available with its companion “Cybernomicon” in the new two-in-one anthology “Vampyre Magick“):

As a spiritual tradition, Moroii lore refers to the Grigori. an ancient race of Watchers – metaphorically, the stars and planetary bodies that watch over us. The Watchers appear in the lore of all ancient cultures. They have names specific to each language, but representing Planets of this Solar System every time.

For Moroii, the Grigori give new Life, the star-power “magic” of Blood – and a map to follow them home. Of this map: half is hidden in Ancient Mesopotamian cuneiform writings and the other half is revealed in prehistoric Egypt. And, to make it simple for modern Moroii, the knowledge of both come by way of a Book of the Dead from each culture. [Those who, in preparation, have worked through the Mardukite Babylonian Ladder of Lights as a means to directly reach their Etheric Body, just smacked their head and said: “Ohhhhhh, now I get it.”]