Bringing Mesopotamia to Life for the New Age: The Future of Modern Neopaganism

Gate of All Nations

Earliest attempts at understanding ancient Mesopotamia were made by “Assyriologists” of the late 19th and 20th century. These included: E.A. Budge, Edward Chiera, L.W. King, S.L. Noah Kramer, Franqois Lenormant, R.C. Thompson and L.A. Waddell among others. Their renderings have already received long-standing public attention for those who sought it. The variegated cultural influences and often violent history of Babylonia left a confusion of names, titles and images–all of which required over a century to flush out to any practical ends, by scholars and mystics alike.

[This NecroGate blog post is excerpted, abridged and revised from materials released by the Joshua Free publishing imprint as “The Sumerian Legacy: A Guide to Esoteric Archaeology” also available within the new 10th Anniversary Hardcover Anthology: “Gates of the Necronomicon: The Secret Anunnaki Tradition of Babylon” edited by Joshua Free]

Origins for the scientific field-name of “Assyriology” are derived from French excavations at the city ruins of Khorsabad, Nimrud, Nineveh, Sippar and Lagash (Telloh) in the 1840’s. However, a true scientific pursuit was ignited when the royal library archives of the Assyrian king Assurbanipal were discovered. Thousands of clues, in the form of cuneiform tablet writings, illuminated a prehistoric legacy formerly thought of as completely forgotten and never again salvageable.

Then, in the 1880’s, German archaeologists unearthed Babylon…

In 2008, a revolutionary esoteric underground organization known as the “Mardukites” appeared, publicly visible, and a completely new breed of next generation “Esoteric Assyriologists” emerged on the scene—one that would not blindly accept the given data from their predecessors—at least not at face value.

For over a decade this diversely organized research group sought out the most ancient writings rendered on clay tablets from Babylonia—now available to the public as a complete collection in Joshua Free’s “Necronomicon: The Anunnaki Bible” (also released in paperback as “The Complete Anunnaki Bible”). These writings demonstrate an integral link directly between our origins and the remaining evolution of human civilization. Our chosen method and the resulting clarity revealed concerning the identity, nature and progression of this incredible subject matter show undeniable superiority to what was previously available. But, that is what we call progress
(much needed for this field). 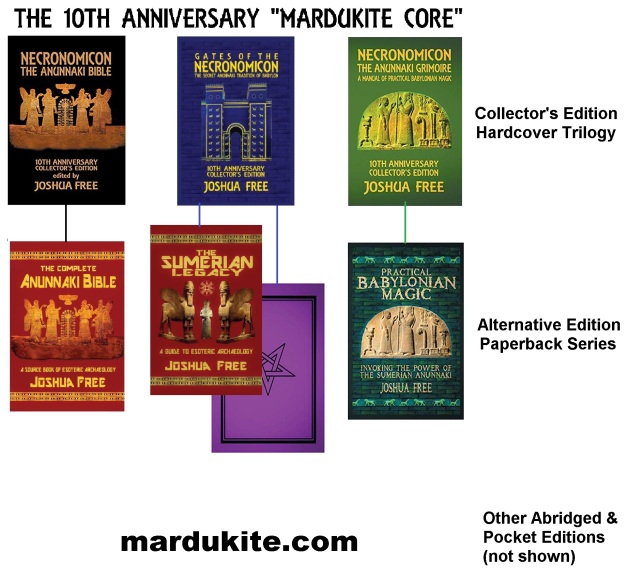 The Mardukite approach to reconstructing the Babylonian vision begins with first revealing the incredible misnomer that the field of study has endured far too long, for essentially, the applicable term “Assyriology” is a lie. It is not even semantically correct for our current pursuits of analysis using the same physical evidences brought to light by late 19th and early 20th century archeology. The name questionably applies to the field at all! And although some early scholars acknowledge this grave misrepresentation of the science, it has as yet gone unchallenged in contemporary academics. 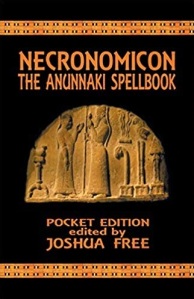 George G. Cameron explains in his foreword to Edward Chiera’s “They Wrote on Clay” (1938):

“Few there are indeed who know that the name of our science, ‘Assyriology’ is based on an accident—the fact that the first large group of texts ever discovered were written in Assyrian. Assyrian itself is but one dialect.”

Misapplication arises with use of the term to denote study of any and all ancient cuneiform-using cultures. Mardukites do not propagate this blatant disregard for the political and spiritual history of Mesopotamia. Although cuneiform-literate and sharing a similar “Anunnaki” tradition, the Assyrians were actually northwestern foreigners to Babylon. The two are not
the same.

True esoteric analysis or mystical application is absent from the earliest academic-archaeological pursuits. These efforts mainly emphasized the recovery and accumulation of translatable materials, much of which are not yet coherently transliterated into English language even a century after their discovery. Most materials readily available to seekers during the pre-mardukite era of research and development are severely fragmented, confounding itself in the information relay.

In spite of the best (or worst) human efforts across time, the Truth has survived to remind us of our origins, to instruct us on where we have to go and perhaps, most importantly, the standards we should live by to get there. Mere survival of Secret Doctrines by select cabals is not enough. For as the world was once plummeted into Dark Ages only to be reincarnated in an Age of Enlightenment, the “esoteric” truth did not resurface in public “exoteric” consciousness—in fact, it went the other direction: underground and into vaults of obscure “occult” factions…

On February 28, 2019, the world witnesses a global release of a completely revised and rewritten hardcover anthology of the Mardukite GATES OF THE NECRONOMICON cycle of materials by Joshua Free, the developer of the original revival of the “Anunnaki Bible” as NECRONOMICON: THE ANUNNAKI BIBLE–also available in this very special commemorative hardcover 10th Anniversary Collector’s Edition series!

The definitive follow-up companion to the “Necronomicon: The Anunnaki Bible”

“This amazing source book of esoteric archaeology reveals the secret Anunnaki tradition of Babylon, forbidden knowledge spanning thousands of years–from the Sumerian origins of civilized systems in ancient Mesopotamia to the underground occult traditions of Aleister Crowley, Kenneth Grant, and millions of people who have read Simon’s Necronomicon!”

An alternative paperback edition to the GATES anthology, containing only the specific Mardukite Liber-50+51/52 portions most appropriate to a volume called…

Whether you choose to read the new edition of GATES OF THE NECRONOMICON -or- THE SUMERIAN LEGACY, Joshua Free, world renown esoteric expert and Director of the modern “Mardukite Research Organization,” invites YOU on an incredible progressive journey to illuminate the most ancient and inaccessible facets of human history, spirituality and religious tradition on the planet.

For the first time ever, anyone can discover the secrets of the Sumerian Anunnaki and the origins of all physical and metaphysical systems born from the Mesopotamian Mystery Tradition that directly led to Babylonian religion–a unique combination of Sumerian, Akkadian, Assyrian and Chaldean lore revealed with perfect clarity for all modern readers: the academic, esoteric and even the “just curious.”

The “Mardukite Core” Year-2 cycle originally appeared across four different discourses — released separately as Liber 50, Liber 51/52, Liber R and Liber 555 — and now you have this amazing opportunity to access the newly revised and rewritten materials for the commemorative 10th Anniversary editions: GATES OF THE NECRONOMICON (Liber 50,51/52,R-555) and THE SUMERIAN LEGACY (Liber 50+51/52) — the perfect companion to the original “Mardukite Core” Year-1 anthology, NECRONOMICON: THE ANUNNAKI BIBLE (Liber N,L.G.9,M/W+S).

“Very little is written these days about the religious beliefs of Sumeria or Akkadia outside of very scholarly or academic journals as there are very few peple that understand the cuneiform written language. The theological concepts of Sumeria and Akkadia have shaped many of the stories found in the religious text of the three major Abrahamic religions of today. Some of those stories can be traced back to the cuneiform writings found on clay tablets, and in particular to the Epic of Gilgamesh, predating the birth of some of those religions by over a thousand years. [The Sumerian Legacy] is an easy read and focuses on the Anunnaki for which a lot people are familiar in connection with the religion of Sumeria. It is a good book for anyone looking for more information on this subject without being overly academic.” –E.J.P. (A reader)