“Many great feats and incredible monuments of the ancients that seem to defy reason and technology by the standards of our times. Many have no duplicability, reflecting an unknown ‘secret’ tradition better known as the esoteric or occult. To “occult” is to disguise what is actually in view or taking place, by imposing a ‘virtual’ something in its place. Occult mysteries are arcane or esoteric: specialized knowledge intended for, and understanding by, a small number of people.“
—Joshua Free, in CYBERNOMICON 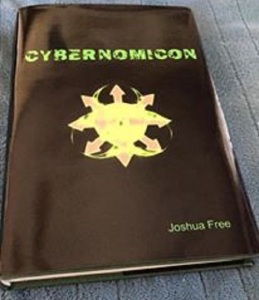 Cybernomicon: True Necromancy for the Cyber Generation
The Future of Dark Arts & Forbidden Sciences in the 21st Century
by Joshua Free

Now Available in PAPERBACK and HARDCOVER

USE PROMO CODE A22RAFEE TO SAVE $10.95 OFF CYBERNOMICON (PAPERBACK) AND VAMPYRES BIBLE (REVISED).

In 1924, the “Mitchell-Hedges” archaeological excavation in Honduras (now Belize), unearthed a now famous quartz Crystal Skull from the ancient city of Lubaantun (“City of Fallen Stones”). The “experts” didn’t know what to make of it at the time… And a century later, with no way to even carbon date quartz, they still don’t know; they don’t know how to even “reason” it with their existing paradigm—easier to just forget about it and go back to the comfort of what is familiar and expected. 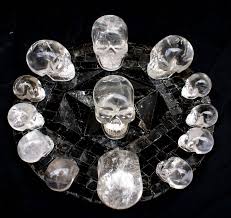 It is curious that the 11lb-7oz life-sized human quartz skull, with detachable jaw, an ancient work of technology carved from a single piece of unusually clear quartz, continues to have zero duplicability today—even with modern “glorified” technology, an approach that only proves limits of technology are inevitably reached with fragmented old-paradigm perspectives. Successfully duplicating already known results with known methods is only a guarantee of the same. But, to see the world with new eyes… That, is the key!

BUY YOUR COPY OF THE CYBERNOMICON TODAY
AND VISIT THE CYBERVAMPS

NEW! CYBERNOMICON (Hardcover)
True Necromancy for the Cyber Generation: The Future of Dark Arts & Forbidden Sciences in the 21st Century
by Joshua Free
Mystics and Magicians demonstrate an upper hand in life by manifesting their will and finding themselves in synchronistic circumstances that seem magical. Understanding energy fields, their interactions and its affect on perceived reality is what makes this possible.
Also Available: CYBERNOMICON (Paperback) 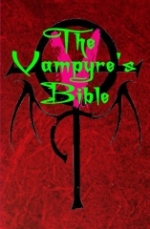 NEW! THE VAMPYRE’S BIBLE (Revised)
A Guide for the Children of Night
by Joshua Free
2015 — The Dark Covenant! – Liber V
Here is REAL vampyrism at your fingertips–Legacies of “true” Darksiders; from Lilith and Cain in ancient Mesopotamia to “Goths” and futurist CyberVamps. Drink the blood of our traditions, magical theory, Egyptian practices, energy work, dark mysticism, and ethical Moroi techniques of “astral feeding.”