At the dawn of a new era, a new age — a new “Babylon” — secret knowledge and wisdom of the greatest empire in history, originally guarded and hidden by the most progressive ruler of western civilization — Nebuchadnezzar II — now stands open to all, freshly recovered and translated from the deserts of Middle East… unearthed beyond time and space from ancient Mesopotamia! 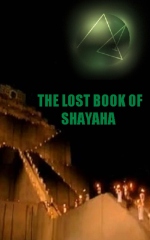 [This Mardukite Necrogate blog post announces the release of the second edition of Liber-S, THE LOST BOOK OF SHAYAHA: SEER OF MARDUK, first published in 2013 as Sumerian Wisdom & Anunnaki Prophecies: The Book of Sajaha-the-Seer.]

The “Sajaha” collection, first relayed to the public in 1991, is in German; which isn’t surprising given the sheer amount of transliterations derived from German expeditions in Babylon—including the famous Maqlu tablet series. This information may have been in possession of the ‘Third Reich’ and its esoteric leadership. It makes predictions about a ‘Third Age’ and ‘New Babylon‘ and other significant elements when considering the plethora of artifacts and historic writings at the disposal of inner party German Nazis during World War II. Connections have also been made to the perception of the cosmic energy (or Universal Agent) known as Vril.

…possibly successful at the Vril-7 Level, the “Vril-Odin” current—the flight to Aldebaran — and perhaps those who saw the Vril power, the group investigating such things like those described from visions by the Babylonian seer, Sajaha (see Sajaha 5).

The new Mardukite pocket edition of THE LOST BOOK OF SHAYAHA: SEER OF MARDUK (Liber S) features the prophecies, visions and advisement of a great Babylonian seer of MARDUK, writing from the Esagila Temple, the once home of Marduk while on earth.

WHY THE CHANGE IN TITLE?? Assyriologist, Khem Juergen Ph.D explains in her introduction to the edition–

Personal knowledge of Mesopotamian literature and its languages caused me to alarm immediately at the name: SAJAHA. The text is a German transliteration or at best derived from an Arabic source, and without cuneiform sources to work from, origins are impossible to satisfy academia. This tablet series did not appear in my professional career—but many German transliterations have, and they are quite common in Assyriology.

SAJAHA—the use of the ‘J’ is not typical of Akkadian-Babylonian cuneiform writing. These writings are allegedly from the time of Nebuchadnezzar II, a time when the Jews and Chaldean Babylonians intermingled. If it is a Semitic derivative, then a ‘Y’ is most appropriate — SAYAHA. For phonetic purposes, ‘S’ in SAYAHA is presumably not spoken “sa”–but “sha”—as the deity name SAMAS is “shammash” — leaving us with SHAYAHA. 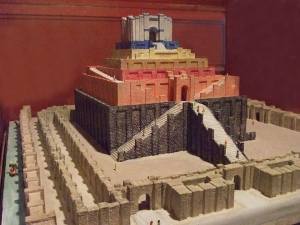 As you reflect upon the lines of this tablet series, the prophecies and visions most surely conjure vivid imagery to mind, not to mention what the intended audience for them would have been thinking-for they were once the private possession of the Babylonian king of Sajaha’s time, King Nebuchadnezzar II, the successful supporter of a progressive fruitful and benevolent pro-Mardukite era of the Neo-Babylonian Renaissance for nearly half of a century!