The concept of H.P. Lovecraft’s Necronomicon became inseparable from what literary fans and contributors would later call the “Cthulhu Mythos,” which was not really intended as a functional pantheon in itself, but was really a part of a cycle composing Lovecraft’s final works…

CTHULHU first appeared to the public in 1925 (by general consensus), a year after Lovecraft’s marriage. In this new cycle, he sought to give more definite forms to the thoughts and visions that had haunted his life prior. He sought to make sense of the universal reality as it had affected him – as his personal experience has dictated it to be so. Not surprisingly, this cycle of literature was just as sporadic and sparse as his earlier works – one must remember that they were being published as serials in a magazine called Weird Tales, and few of them are book-length as stand alone works. 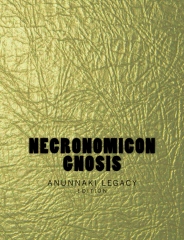 CALL OF CTHULHU is a short story that debuts the figure that has now become a very familiar name among the left-hand-path, which is to say the “darker” and more “rebellious” aspects of the occult. One really is led to wonder what enlightenment is meant to be gained through the blatant disregard for natural order, preferring the love of chaos. Nonetheless, the darker aspects of the “mythos” are what has attracted the attention. This is not surprising given the retail attention given to such topics. A fluffier book on self-help candle meditation methods using incense and bath soaps has an appeal to lonely housewives, but for those who seek a more antagonistic approach to the “rebellious” nature that results from gleaning the “reality deception,” the system always provides.

CALL OF CTHULHU is essentially a “detective mystery” where-by the rites and activities of a very modern and active “Cthulhu Cult” are unveiled. While the esoteric lore and occult mystery runs deep, just as with any well-established cult in history, the means of enlightenment by “hippie” methods of free love, drunken orgies and the like, certainly leave much to be desired – though many do. Celebration of the lower is hardly a means to the high-er – those who mistake the secret power embedded very intentionally into the “sex gate” will find the experience to be just as physically, emotionally and spiritually disturbing and damaging as any of the other “gates” alluded to throughout the universal NECRONOMICON cycle. This is not to say there is not some validity to the methods – but the human psyche seems to muddle the “sexual” energies, and so it is not a preferred method to instruct in (or at least certainly not at the “neophyte” levels of occult instruction). 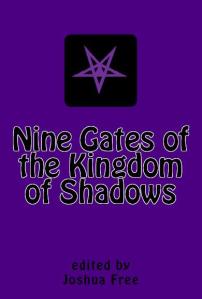 What can we say for humans? They were programmed to enjoy fucking so you wouldn’t confuse it with the act of killing – and the emotional charge to try make rational sense of both. If sex wasn’t made to feel good, for at the very least “evolutionary” purposes, the human race would have bred itself out into extinction a long time ago. The race has grown to hate each other, itself and everything “apart” from itself. How dismal, indeed – perhaps Lovecraft had a point or two after all.

“The most merciful thing in the world, I think, is the inability of the human mind to correlate all it contains. We live on a placid island of ignorance in the midst of black seas of infinity, and it was not meant that we should voyage far. The sciences, each straining in its own direction, have hitherto harmed us little; but some day the piercing together of dissociated knowledge will open up such terrifying vistas of reality, and our frightful position therein, that we shall either go mad from the revelation or flee from the deadly light into the peace and safety of a new dark age.”
~H.P. Lovecraft, Call of Cthulhu