“Following the inception of the modern “Mardukite” movement in 2008, a wide-spread revival of interest in the Anunnaki—and specifically the Babylonian god Marduk—has ensued: as planned, predicted and plotted during synchronized global ritual (intention-based) energetic movements or shifts in mass consciousness. These meditation exercises often coincide with what some call the ‘Beltane Gate’ or ‘Fires of Bel’ festival observed on “May’s Eve” (April 30–May 1), roughly midway between the Spring Equinox (“Akiti”/”Akitu”) and Summer Solstice.”
—Mardukite Liber-E, contained in the “Necronomicon: The Anunnaki Grimoire” hardcover or “Practical Babylonian Magic” paperback; also within the hardcover omnibus anthology, “Necronomicon: The Complete Anunnaki Legacy.”

THIS BLOG IS CONTINUED FROM AN EARLIER POST ON MARDUKITE.COM

Mystic philosopher and prolific esoteric author Joshua Free publicly founded Mardukite Ministries (Mardukite Zuism) on the Summer Solstice of 2008, coinciding with the underground release of “Arcanum” and an updated version of “Book of Elven-Faerie” (now available within “The Elvenomicon” volume, and the new collected works Master Edition hardcover anthology, “Merlyn’s Complete Book of Druidism”)—but it was really in early 2009 that the Mardukite Research Organization (Mardukite Chamberlains) were established and began the practices that led up to the discovery and release of not only “Necronomicon: The Anunnaki Bible” but also the remaining “Mardukite Core” of material, an entire practical esoteric research library now available in one Master Edition hardcover anthology: “Necronomicon: The Complete Anunnaki Legacy.”

The Mardukite Chamberlains archives (preserved for posterity within the “Mardukite Master Course”) reveal the sentiments expressed by Joshua Free concerning the original inception of the “work” when delivering a message to the Mardukite Chamberlains (Council of Nabu Tutu) on April 3, 2009 (before even the first Beltane Marduk StarGate Global Meditation and Ritual Working had ensued), a portion of which is excerpted here:

“On the course of the Great Work, we have discovered that these semantic trappings are counter-productive to achieving desired results. Many Seekers will find themselves ‘thinking’ outside of one ‘box’ only to be fixed by parameters of another. To give an example of such semantic limitations: the main Mardukite function this month—and something that will be taking much of my time throughout April, and perhaps immediately thereafter depending on the results, so I apologize in advance for my social/correspondent availability for the next month—is called the “Marduk 2009 Beltane StarGate Opening.” We adapted this operation from lore and cuneiform tablets that will go on to compose our own “Babylonian Necronomicon”—which I expect more work to unfold toward after effectively shattering the “Sixth Seal” and ‘Gate of the Apocalypse.’ Just these key words alone are going to yield a specific semantic interpretation; because that is how the mind works. This could either be an incredibly positive statement to an individual or negative; and what is it that decides that? Our programming! For in essence, even in a world of infinite potentialities and ‘belief creating realities’ we still agree to and self-subject ourselves (willingly) to any paradigm appropriately ‘systematized’ and this includes all underground, counter-culture and ‘new consciousness’ groups as well… which are always in danger of self-limiting as a mirror of what they tried to get away from in the first place. If you don’t believe me: look at America’s founding and ultimately the result.”
—Chamberlains Chronicles, Grade-I, Cycle-D

As Truth Seekers, Mardukite Zuists and Mardukite Systemologists within (or at least within earshot of) our fellowship have known for quite some time, the primary “Year-1 Mardukite Chamberlains Core Curriculum” of study we proposed under the umbrella of “Necronomicon” (now known as “Necronomicon: The Anunnaki Bible” and contained within the omnibus anthology “Necronomicon: The Complete Anunnaki Legacy”) was originally composed of three separate volumes (“Liber N”, “Liber L”, “Liber G”, plus an little known fourth called “Liber 9”).

“Liber N” began circulating among Mardukite Chamberlains Council of Nabu-Tutu in Spring of 2009. Fragments and ideas first appeared as a small publication, “Marduk & the Anunaki.” But the real culmination, along with its interpretation, was the direct result of work conducted simultaneous with the “Marduk Gate” operation during Beltane of 2009 and the “Lapis Editions” of Joshua Free’s “Necronomicon” (numbered of 60) released on the Summer Solstice of the same year, 2009, a year after the inception of the movement.

“For Beltane in 2009, the presiding Nabu Maerdechai, Joshua Free banded together with other Mardukites all over the globe to conduct a synchronized ‘opening’ of the Marduk Gate using the Ancient Babylonian Tradition. In normal operations, this would be done alone and closed at the end of the rite. For Beltane 2009, the South Gate was strongly thrust open by many dedicates and left open to all until the End of Days—to the gain of all devotees who wish to access the current of Marduk directly. Much insight has since been ‘accessed’ as a result of this work at the Mardukite Offices and for those who have followed the work closely and rightfully call themselves Chamberlains.”
—Mardukite Liber-R, contained in the “Gates of the Necronomicon” hardcover by Joshua Free or “Necronomicon Revelations” paperback; also within the hardcover omnibus anthology, “Necronomicon: The Complete Anunnaki Legacy.” 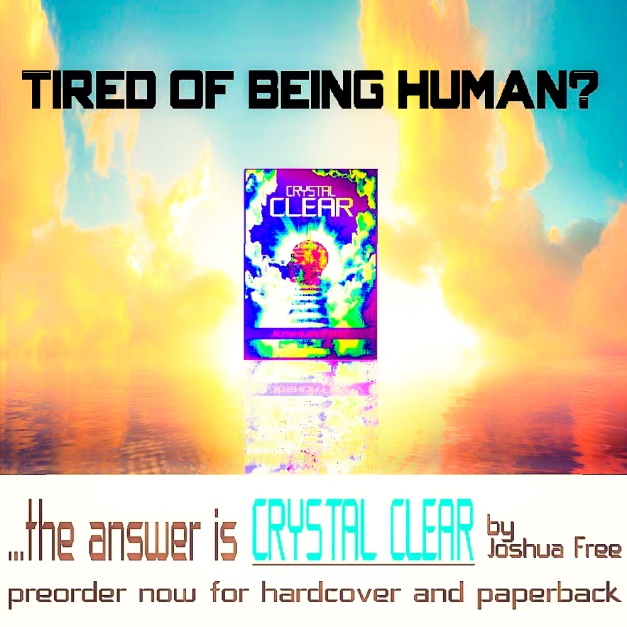 SUMMER’S END — SAMHAIN is an ancient “fire festival” of the Celts, Druids and Elves, observed on the evening of October 31st into the dawn of November. This festival was Christianized as “All Hallow Eve” and modernized to the familiar Halloween (All Hallow’s Evening).
(explains Joshua Free, in ARCANUM)

SAMHAIN, pronounced “sow-en,” literally marks “summer’s end,” just as BELTANE marks summer’s beginning in the most basic two-fold division of the wheel of the year – spiritually, the “light” and “dark” side of the year (although astronomically it is the solstices that are these annual turning points. SAMHAIN is considered a winter festival and marks the end of the harvest season. As a result, SAMHAIN shares the mystical (though not the astronomical) significance of the winter solstice celebration.

Recognition of the retreat of life on Earth, ancient pagans contemplated death during this time of year, especially regarding agricultural and animal food-sources, dining with ancestral spirits and family spirit guides.The annual sine wave of the veil of the Gate to the Outside is zeroed, just as at BELTANE, but during the SAMHAIN threshold, the portal is accessible from the Otherworld or Spirit Realm.

On SAMHAIN, spirits are thought to return to our world at will, manifesting for a single night. In consciousness, the SAMHAIN or modern HALLOWEEN festival became known as a time of necromancy, spiritism and death magic.

Needfire bonfires were constructed, called “Samhnagan” by the Celtic-Druids. Unlike other fire festivals, each family or household was expected to construct their own memorial bonfire, which always resulted in competitions to build the largest one.

HALLOWEEN customs of costume wearing, fruit carving (into skulls), bobbing for apples, the emphasis on the Spirit Realm and the variegated theme of witchcraft and sorcery are all reminiscent of the ancient European (Celtic Druid) SAMHAIN festival. The early Celtic Christian Church made it easy for converts to continue these spiritual observations by setting the dates of “All Soul’s Night” and “All Soul’s Day” (celebrations for discarnate entities, ancestors and saint guides) to coincide with the SAMHAIN festival. 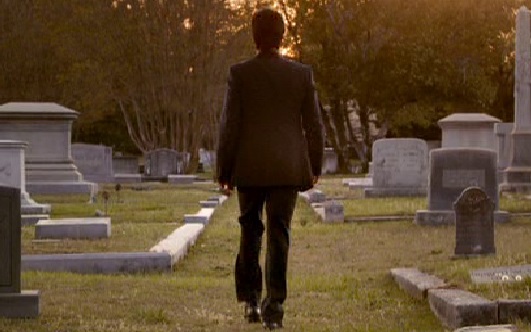 One form of necromantic metaphysics was explored in the third edition Sorcerer’s Handbook of Merlyn Stone (1998). Doing so raised so much controversy that the materials were not reprinted in future editions of the Handbook or in Merlyn’s Magick (2005). This is rectified in the “13th Anniversary Edition” from the Mardukite Truth Seeker Press of the Sorcerer’s Handbook

These teachings relate to a niche established by Leilah Wendell and her interpretation of the “Azrael Tradition.” This archangelic energy current, related to the “Angel of Death” or “Grim Reaper,” possesses both alchemical and loving (passion) characteristics, according to Wendell, who has experienced intimate encounters with Azrael as consort (“incarnate lover.”) For her, necromancy is a means of understanding and connecting with death and learning how to embrace, not fear, this very natural energy.

PRACTICAL NECROMANTIC MAGIC allows the magician to develop a deep connection with universal “death energy.” This energetic vibration is found at funerals and wakes, in mortuaries and crematoriums – and naturally, at graveyards. Leilah Wendell recommends a “Death Watch,” spending a night alone in an “inhabited” crypt or mausoleum. Any workings of such a nature are, without permission, illegal. Be discreet and respectful if you plan to undertake such. Another more basic option is to simply spend a night “sleeping” in an open graveyard – an activity that will increase sensitivity to “spirits” and “death.“

Irish mythology tells us that SAMHAIN was one of the four seasonal festivals of the year. The 10th-century tale Tochmarc Emire (‘The Wooing of Emer’) lists SAMHAIN as the first of these four “quarter days“. 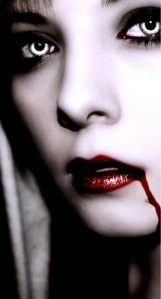 In the tale Serglige Con Culainn (‘Cúchulainn’s Sickbed’), it is said that the festival of the Ulaid at SAMHAIN lasted a week: SAMHAIN itself, and the three days before and after. They would gather on the Plain of Muirthemni where there would be meetings, games, and feasting. The tales suggest that alcohol was part of the feast, and it is noteworthy that every tale that features drunkenness is said to take place at SAMHAIN.

According to Irish mythology, SAMHAIN (like BELTANE) was a time when the ‘doorways’ to the Otherworld opened, allowing supernatural beings and the souls of the dead to come into our world; but while BELTANE was a summer festival for the living, SAMHAIN “was essentially a festival for the dead“.

The Boyhood Deeds of Fionn says that the sídhe (fairy mounds or portals to the Otherworld) “were always open at SAMHAIN“. In that tale, Aillen emerges from the Otherworld each SAMHAIN and burns Tara after lulling everyone to sleep. One SAMHAIN, the young Fionn Mac Cumhaill is able to stay awake and slays Aillen, and is made leader of the Fianna.