The practical means of attracting and working with the primordial energy currents of the NECRONOMICON ANUNNAKI BIBLE is, in some ways, open to interpretation as some prefer to work solely from within their “astral body” to conduct the work, while others find that adding ritualistic ceremonial elements in the physical world to be much more effective for them. 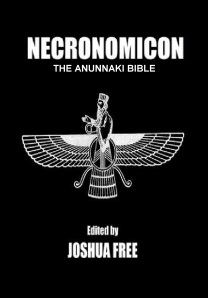 This mardukite.com blog post is derived from the “Magick of the Necronomicon” lecture by Joshua Free, adapted from Liber-G and found among introductory prefaces for the complete NECRONOMICON ANUNNAKI BIBLE and the new Fifth Anniversary NECRONOMICON COMPACT EDITION.

Too often the seekers will become overly concerned by the application specifics of the performances. It should be understood that these aspects of the work are not nearly as important for success as the adherence to the three core keys that were outlined prior in the introduction:

The Babylonian E.ZIDA System, better known as the “Ladder of Lights” (or BAB.ILI “Stairway of the Gods”) is actually a pre-Judaic form of the Kabbalah. The primary trinity composes the “supernal” triangle:

The ANUNNAKI currents dealt with specifically through the Babylonian StarGates are reflective of the “Seven Heavens” of the ANUNNAKI ‘Heavenly’, ‘Star’ or literally ‘Astral’ dimensions (10 + 1) including (in descending order, using the most commonly used epithets, although these same figures are each given multiple different names even within the same Mesopotamian paradigms):

Furthermore, the spirit of the “Earth” Gate is often called: KIA or KI — meaning literally “Earth”.

The initial ascent “up” the “Babili” system of Ladder of Lights is essential to the formation of the complete and purified self-honest “astral form” that is a necessary prerequisite of a fully empowered Gatekeeper. These are not “layers” to be added to one’s being. They are already there, however, the purity and programming is something that
even the New Age light-workers only scrape upon.

Being that both our systematic design and that of the local physical “holographic universe” is both by ANUNNAKI design, it even logically follows that these systems all be virtually the same design, simply “experienced” at varying levels of existence. The same currents can be found in all perceived levels of existence, both spiritual and physical, showing they are all the same entangled system at the core, but refracted outward to create multiple “levels” compounding on one another. These “levels” are not really separate at all, but each can be perceived as a “system” in itself, given its own semantics and truths that all will appear to validated one another within that system…

All that Glitters: Dark History of the Necronomicon versus H.P. Lovecraft’s Cthulhu Mythos

The stories that fueled the public knowledge of the Necronomicon are highly influenced by the writings of H.P. Lovecraft. His own perceptions may or may not even be related in his work, for Lovecraft seemed to downplay the impact that his work should inspire and attributed all of his inspiration to dreams and night-mares. 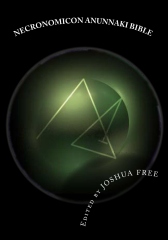 THE TRUTH ABOUT THE NECRONOMICON is revealed by Joshua Free in combination with the work and legacy of the Mardukite Research Organization (Mardukite Chamberlains) found in the Mardukite Archives.

It was only after his death that his colleagues later dubbed the paradigm the “Cthulhu Mythos” and they continued to contribute to it. The tones and ideas reflective in the Lovecraftian paradigm are not only restricted to a book called the Necronomicon, but to an entirely new, alternative, counter-culture and ‘dark’ motif from which to view the world and life experience.
—Joshua Free, Liber 555 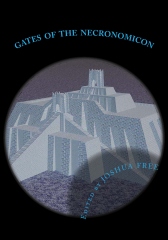 According to Lovecraft’s work, the primordial world is essentially “chaos” and the ‘gods’ which do battle in times forgotten will later have an impact on the psyche and life of those today. In fact, the entire ‘occult’ basis for the Lovecraftian paradigm is a devotion and ‘worship’ of this prehistoric ‘gods’.

[This blog post based on an article from Joshua Free’s Liber 555, available as “Necronomicon for Beginners“, within the Year-4 anthology “History of the Necronomicon“ and the mega-anthology “Necronomicon Gnosis“]

The Great Old Ones being replaced by the Elder Gods becomes arbitrary when, following with Lovecraft’s perspective, there are those who secretly worship and feed these ‘evil’ gods throughout the ages in ‘cults’ – groups which seek to bring the Great Old Ones back into our time-space. This would effectively destroy the universe as we know it, returning it back to something reminiscent of the primordial ooze from which it has sprouted and devel-oped. This bleak and shadowy worldview is what drives the ‘horrific’ tales of not only Lovecraft’s work but anything that has been attached to it since, in oth-er literature, ‘rock bands’ and the like.

From the Lovecraftian perspective, the Necronomicon is an evil book that worshipers of these ancient cults use to honor the Great Old Ones (or Ancient Ones) in spite of their complete distaste for the human race and the fact the inviting such forces and energetic currents back into the realm that we know would be devestat-ing for all humanity. Of course, the teen-angst punker anarchist mindset doesn’t care about such things. The only aspect that would matter to these kinds of people is the fact that our world could be thrown into a state of discordia – and for many, this is what takes priority.

How any of these kinds of people can consider their left-handed and chaotic-evil pathways as any kind of true self-honest path to absolute enlightenment and the source is beyond me – though they will claim to be doing so; claiming that it somehow ‘suits’ them better and that everyone else is doing it wrong. Then they go back to their hedonism, narcissism, and pleasure seek-ing without any regard, always validating in their mind that they are “right” in their ways.

Being ‘stuck’ in old patterns is not simply restricted to the Necronomicon or even ‘mystical’ aspects in general. For similar reasons the modern “Mardukite” movement is predominantly made up of people who are in their twenties – or younger! Why? Because the new and next generations are not as interested in knowing things in the ‘fragmented’ way in which our parents may have been satisfied. The ‘older’ generations have no reason to change because they have had a far longer time to validate that things ‘are the way they are’ and who am I or anyone else to tell them different…